Galway is considered the cultural heart of Ireland and a lively port city in the west of the country. Since the 1990s the city has enjoyed a major upswing in terms of population growth and increasing economic and cultural importance. The city’s centuries-old history, its thriving cultural scene and its character as a seaport offer an ambience that is ideal for the myCityHunt scavenger hunt in Galway.

Galway has been named European Capital of Culture in 2020 for good reason. Throughout the year there are several music and art festivals that attract many visitors to Ireland’s third largest city. Live music and art performances in the streets of Galway create a unique charm that you will enjoy during your Galway scavenger huntIn Galway and Irish customs are held in high regard: the city is home to the largest Irish speaking community in the country: There is hardly anywhere else where you can get as close to the Irish dialect, music and dance tradition as in Galway!

Galway also owes its special charm to its location on the coast with its port located close to the city centre. The course of the River Corrib and the various canals provide a unique character, which is enhanced by numerous green spaces and parks.

History has left many traces in Galway as well: Whether it is Lynch’s Castle or the remains of the ancient city walls with the Spanish Arch, which dates back to the 16th century - Galway’s history is omnipresent in the city centre. You too can savor the city’s historical charm by taking part in our Galway scavenger hunt, which is a fun way to experience the city.

The scavenger hunt in Galway offers you the perfect environment to discover the city and also provides you with exciting or funny anecdotes about Galway. Did you know that there is a tradition called “Kick the Wall”? The name says it all: before you want to turn back at the end of the two-kilometre-long Salthill Promenade, you first have to kick a piece of wall. It sounds strange, but according to the legend this is supposed to bring luck- you will need it to beat the high score at our scavenger hunt in Galway! 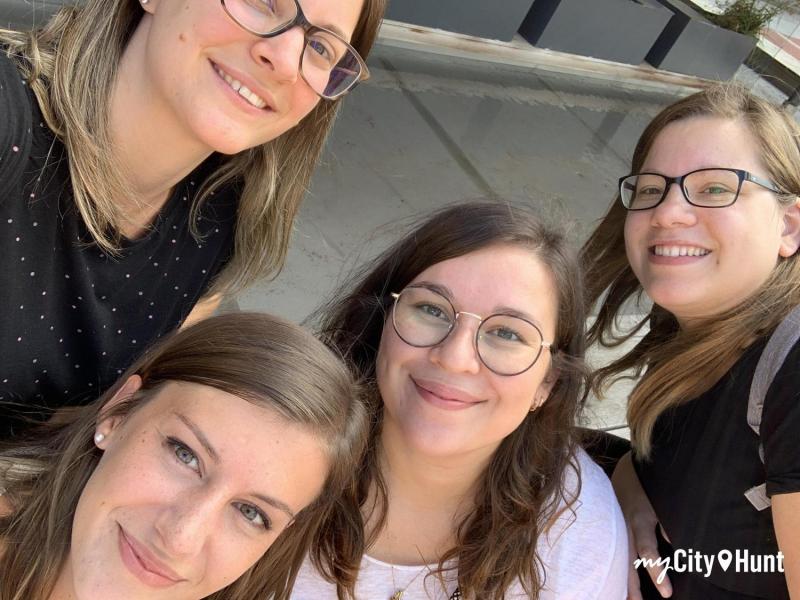 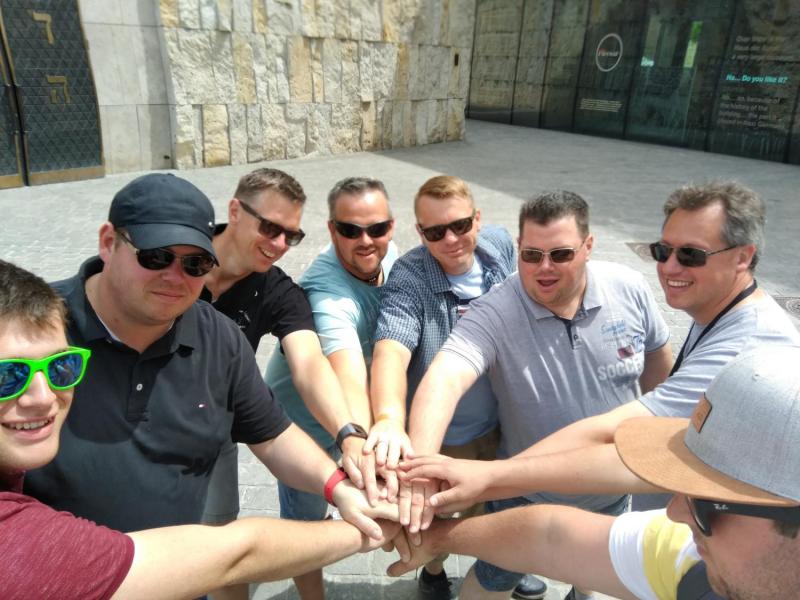 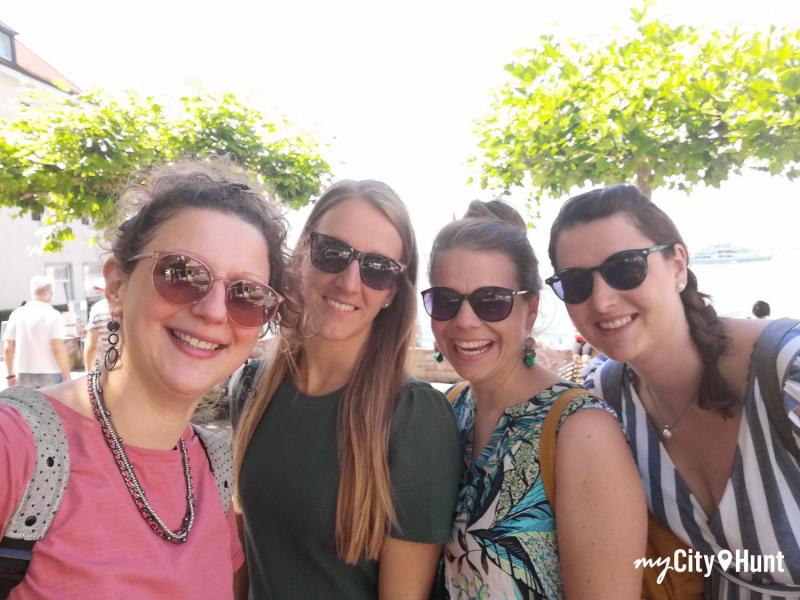 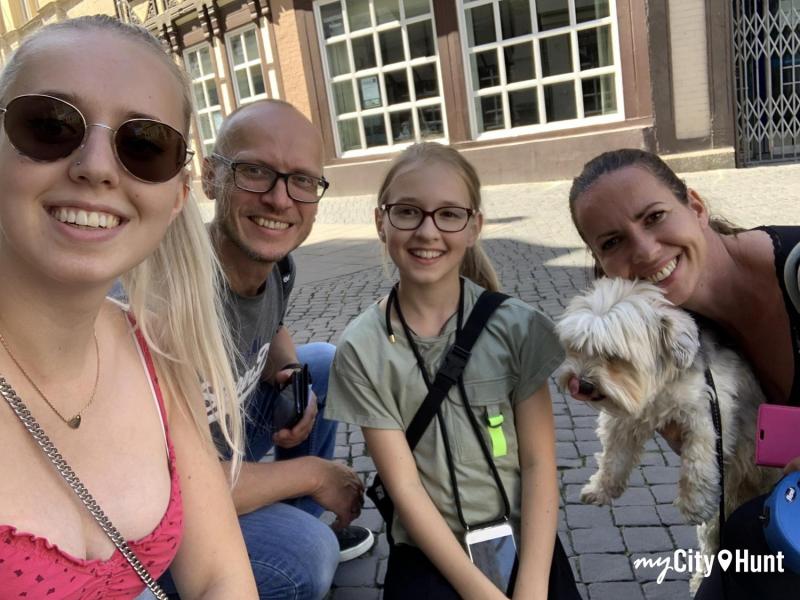 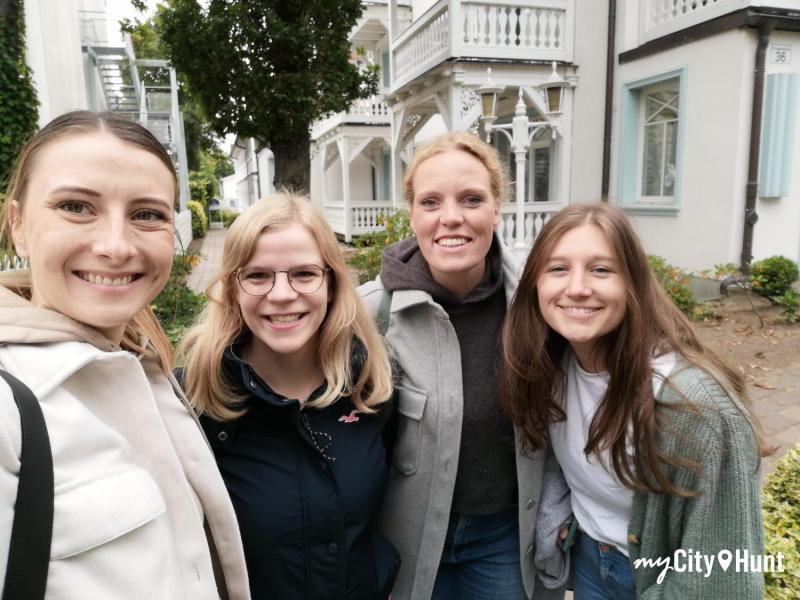 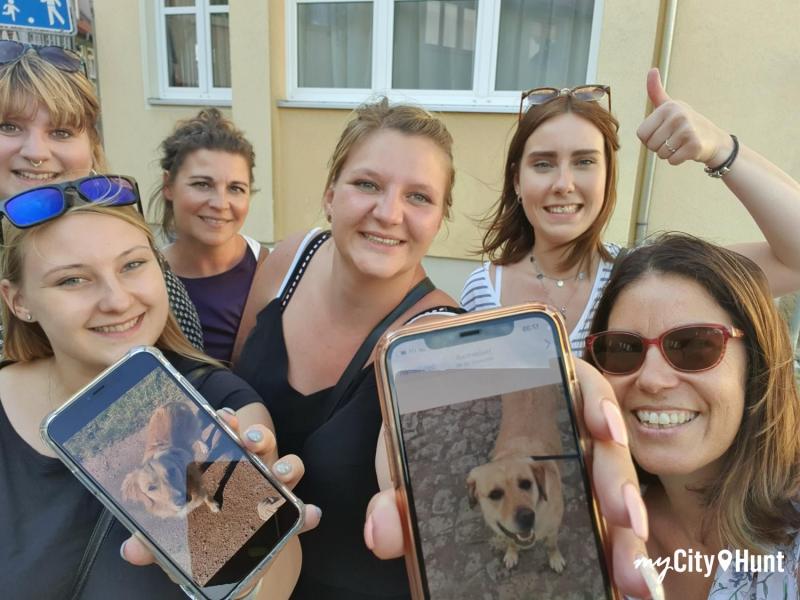 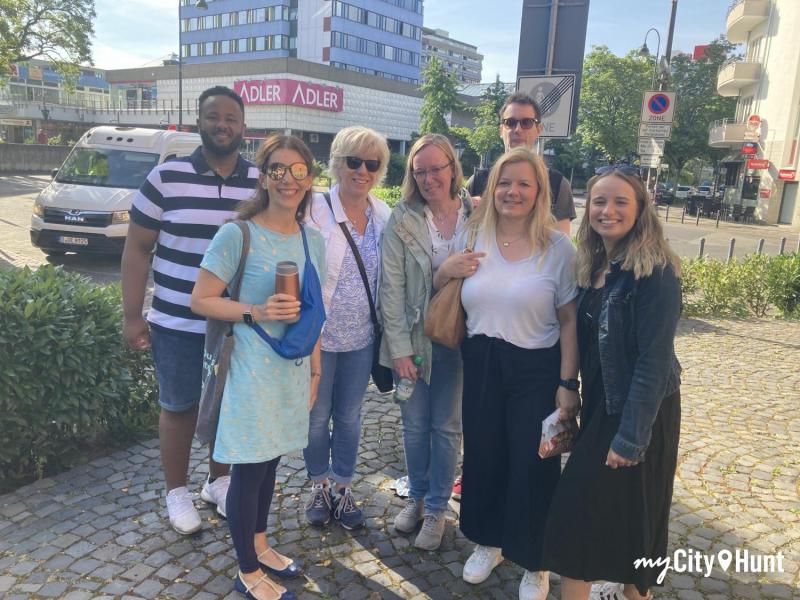 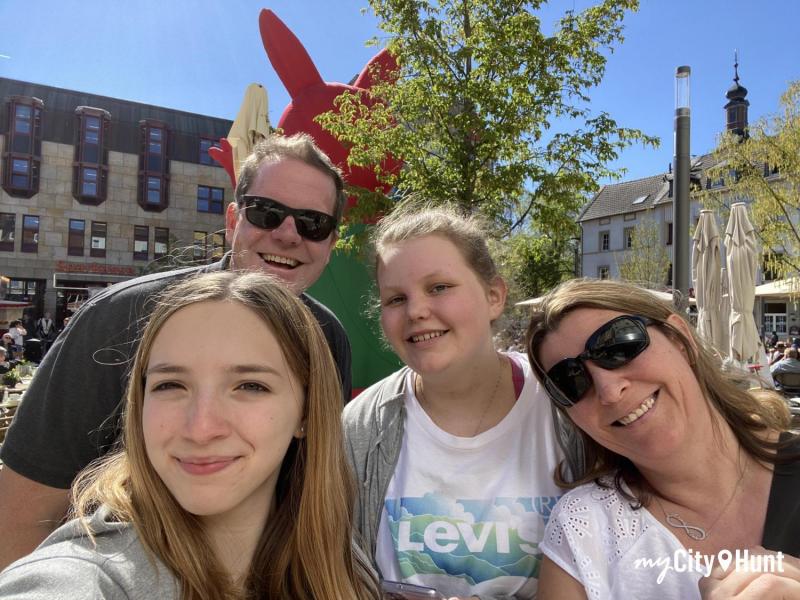 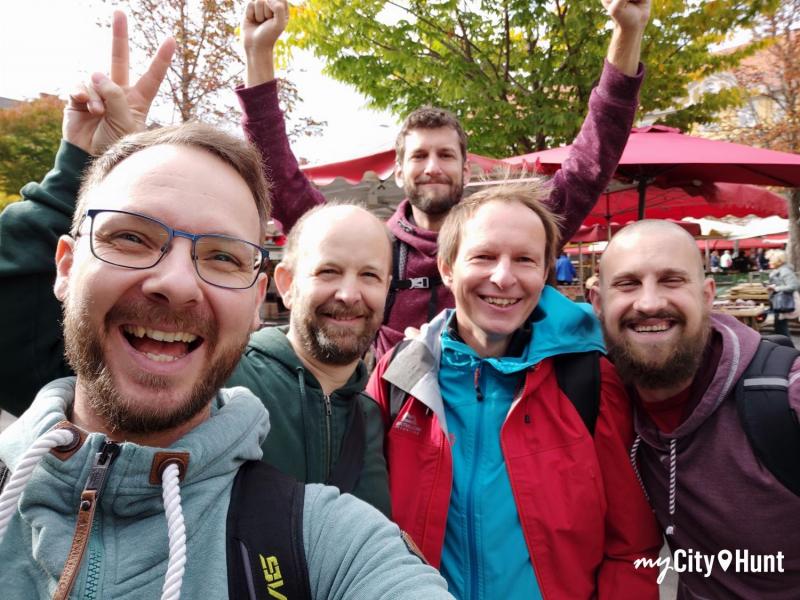 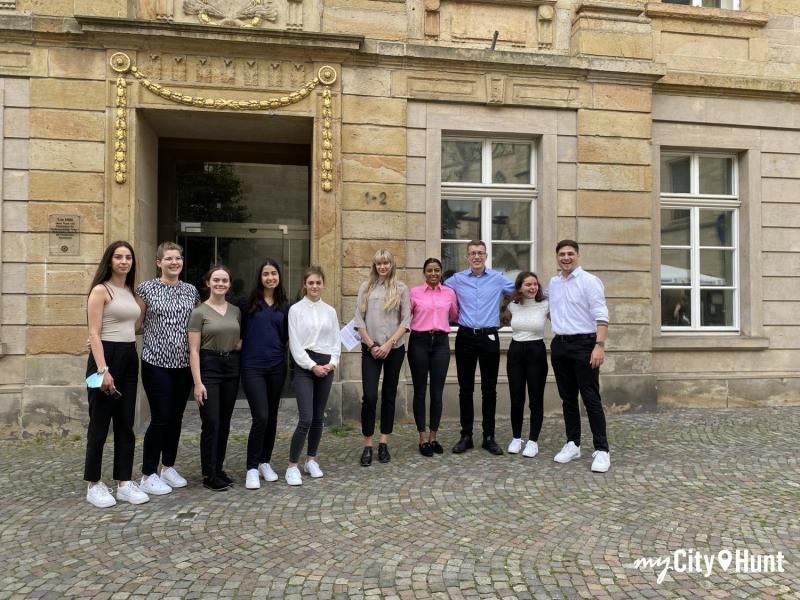 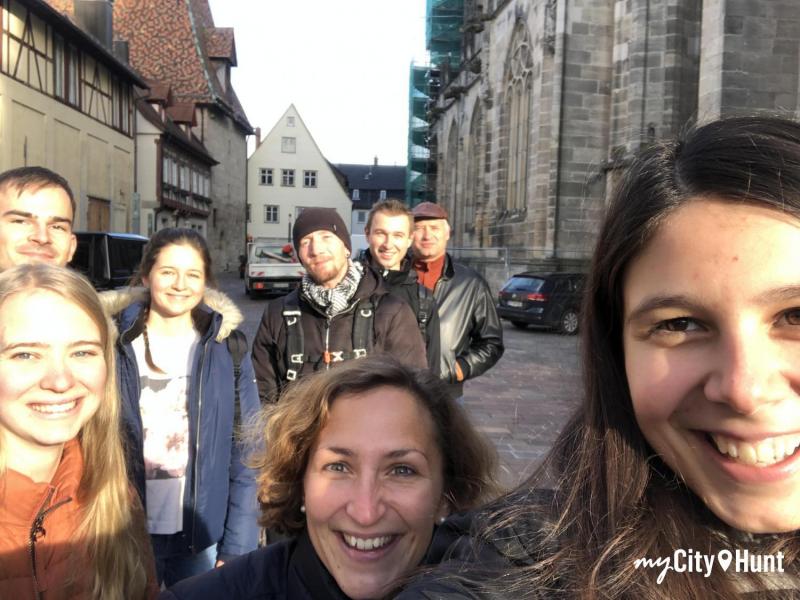 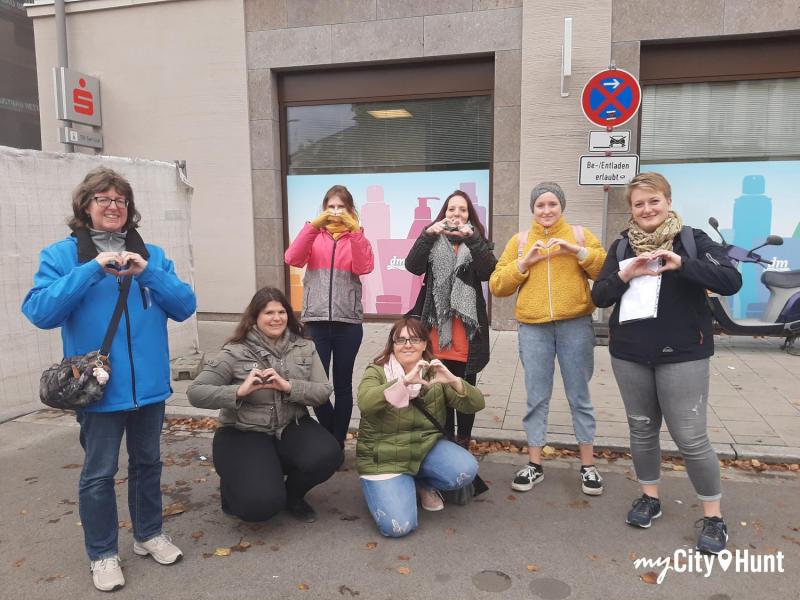 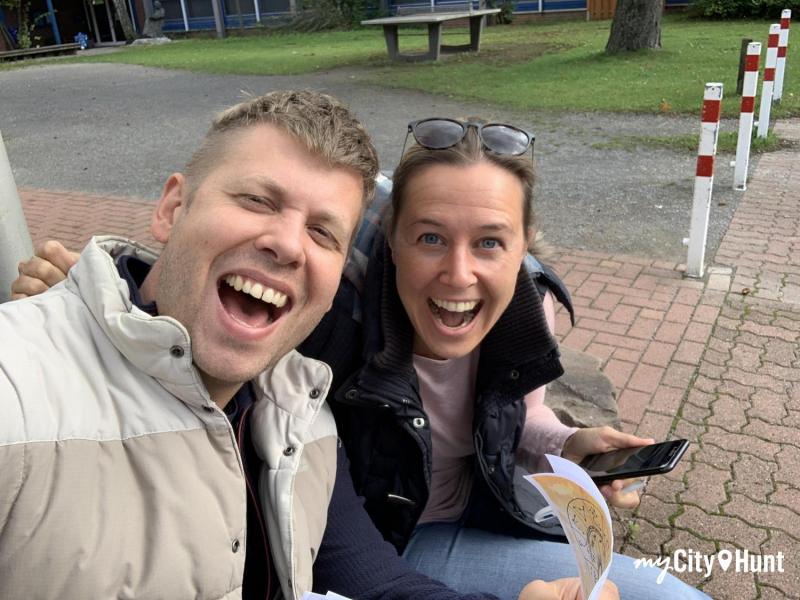 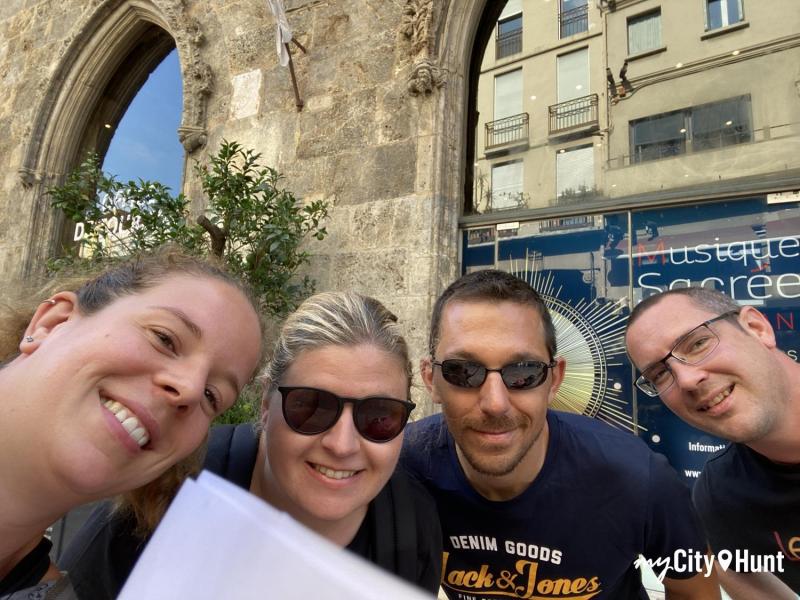 Based on long-standing experience, we know the special requirements that arise when planning a team event in Galway. With the myCityHunt Teamevent in Galway we have therefore developed a package especially for corporate clients. This extends our well-proven tours with a number of advantages that make our scavenger hunts the perfect teambuilding event in Galway.

Discover Galway with the digital Scavenger Hunt from myCityHunt! Solve puzzles, master team tasks and explore Galway with your team!

A myCityHunt scavenger hunt in Galway takes you to the most beautiful places in the city and introduces you to Galway with its 80.000 inhabitants in an entertaining way together with its historical, cultural and architectural highlights. At the different locations of the scavenger hunt you will solve tricky riddles. Determine the correct answer in order to collect points! In the course of the city rally you puzzle your way through Galway. On the way we will send you entertaining special tasks such as photo or action challenges via SMS, which require creativity and teamwork. Your city tour through Galway will delight everyone involved!

🔒 How does the scavenger hunt in Galway work?

With myCityHunt, Galway becomes your playing field! All you need is a ticket code, and an internet-enabled mobile phone.

On the desired date, you will gather your team in the city center of Galway. Then the scavenger hunt starts: Your mobile phone guides you and your team to numerous places worth seeing in Galway. Once there, you answer tricky questions and solve riddles. You gain points by correctly solving these tasks.

More information about the course of our scavenger hunt in Galway can be found here: https://www.mycityhunt.ie/how-it-works.

✅ What does a scavenger hunt in Galway cost?

The price for a myCityHunt scavenger hunt in Galway is 12.99 € per person. In contrast to the price models of other providers, myCityHunt is charged per person. For example, the total price for two people is only 25.98 €, for five persons 64.95 € and so on.