Do you fancy an urban adventure in Newbridge? Our Escape Game delights both young and old with tricky puzzles!

At the myCityHunt Escape Game in Newbridge, you follow in the footsteps of James Bond and Jason Bourne - right in the middle of Newbridge!

In this action-packed scavenger hunt through Newbridge, a team of dedicated companions will be at your side. The most important gadget is your smartphone: it guides you to various locations in the center of Newbridge. You will frequently receive new information and missions from our headquarters, driving forward the gripping story of the Escape Game in Newbridge. And be sure to pick up the phone when it rings! A contact person might try to contact you secretly. But be careful: Some informants turn out to be dubious double agents, and some of the information turns out to be a deliberately false trail. Be on your guard, draw the right conclusions and above all: trust no one!

Unlike in a classic Escape Room in Newbridge, you are not locked in a room from which you have to free yourself within a given time window. This smartphone scavenger hunt turns the whole of Newbridge into your playing field! The technical prerequisite for your agent adventure in Newbridge: a smartphone with access to the mobile internet. With a click, you get access to our web app. You don't need to install anything to be drawn into the action by interactive videos, tricky mini-games, or any other features.

Work together as a team, intercept enemy spies and lure the villian’s henchmen onto your side. In this Escape Game in Newbridge, you and your team have to excel to stop the bad guys. Unlike James Bond and Co., however, your deeds will not be hidden behind the veil of secrecy surrounding the Secret Service: You immortalize yourself and your team in the high score of Newbridge and get access to your very own picture gallery. The myCityHunt Escape Game turns Newbridge into your very own personal adventure playground. Get your tickets to the world of espionage and secret agents and turn Newbridge into an outdoor Escape Room! 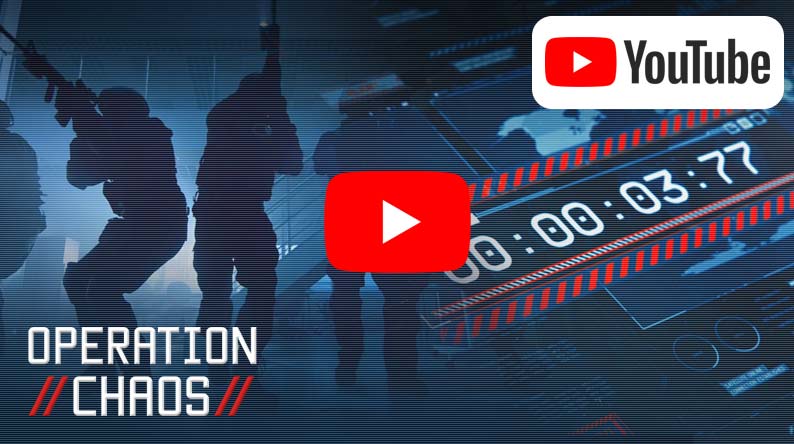 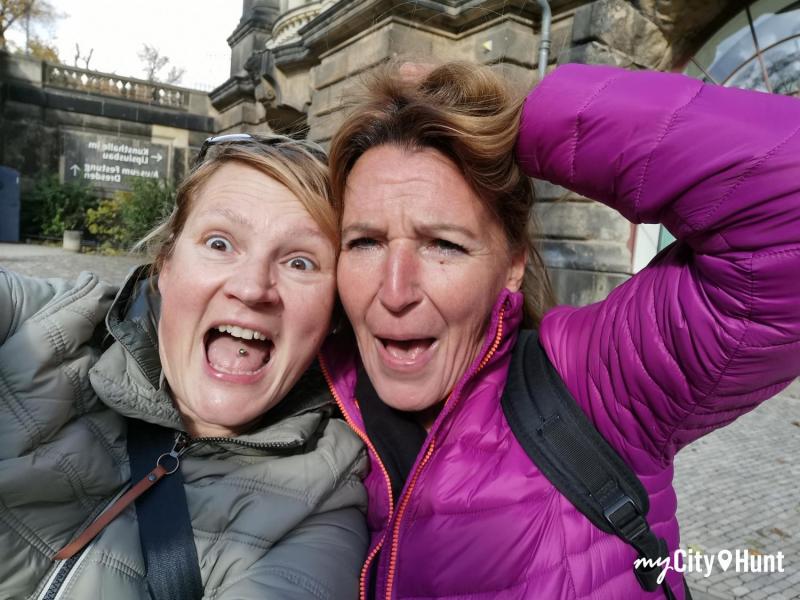 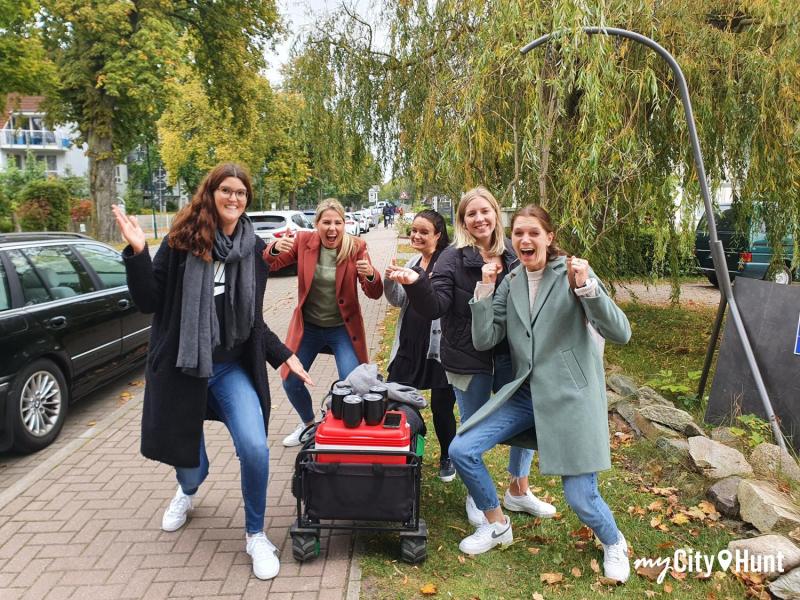 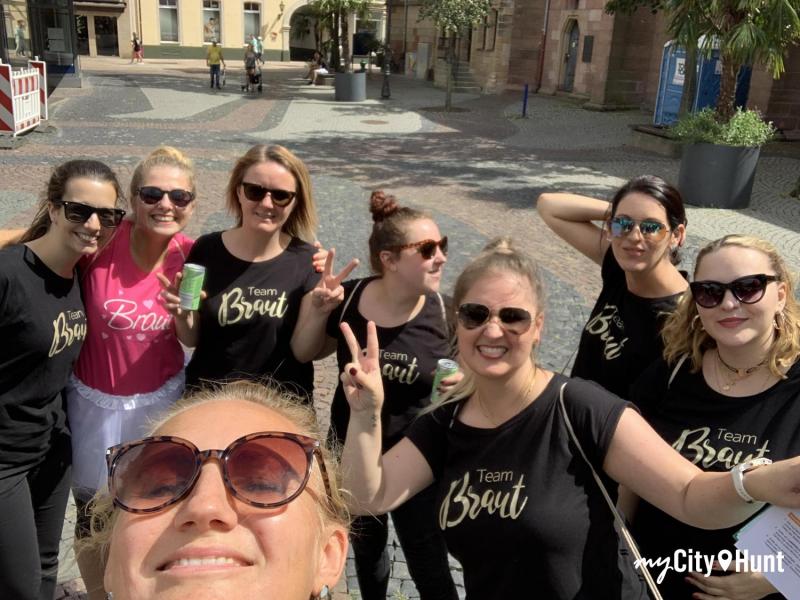 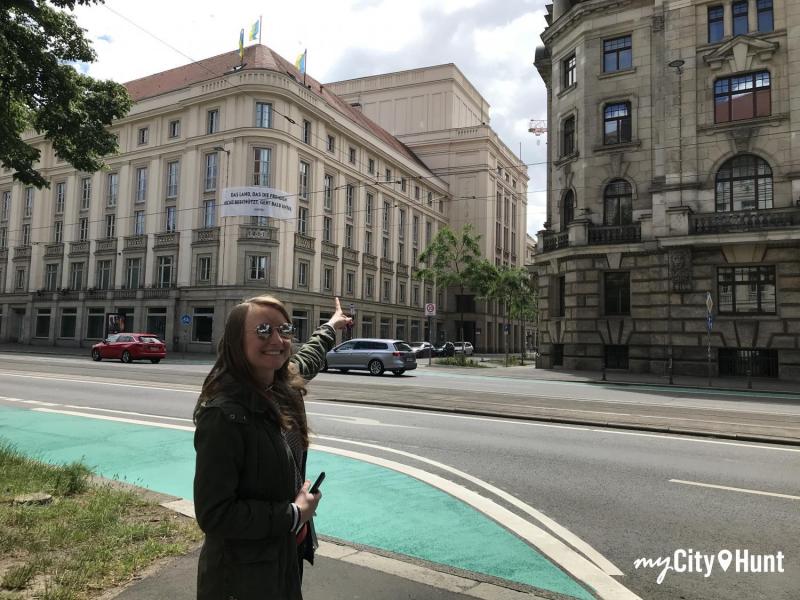 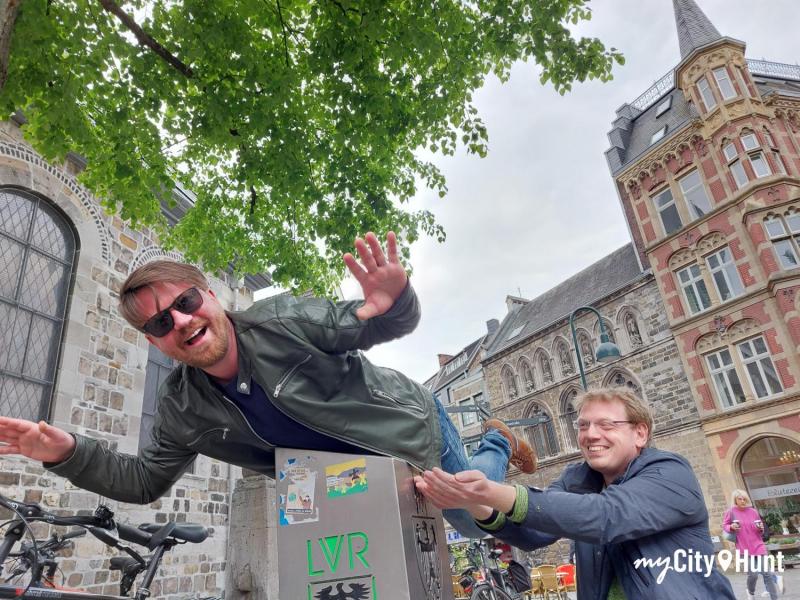 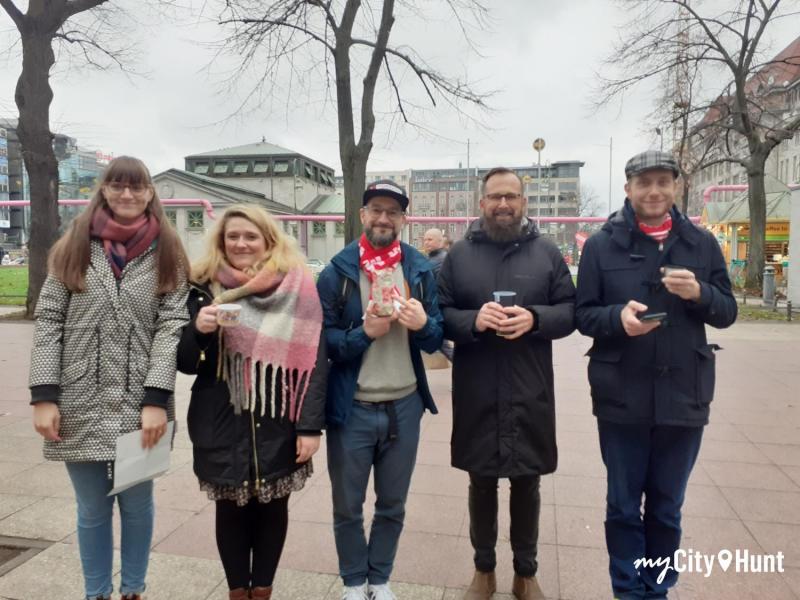 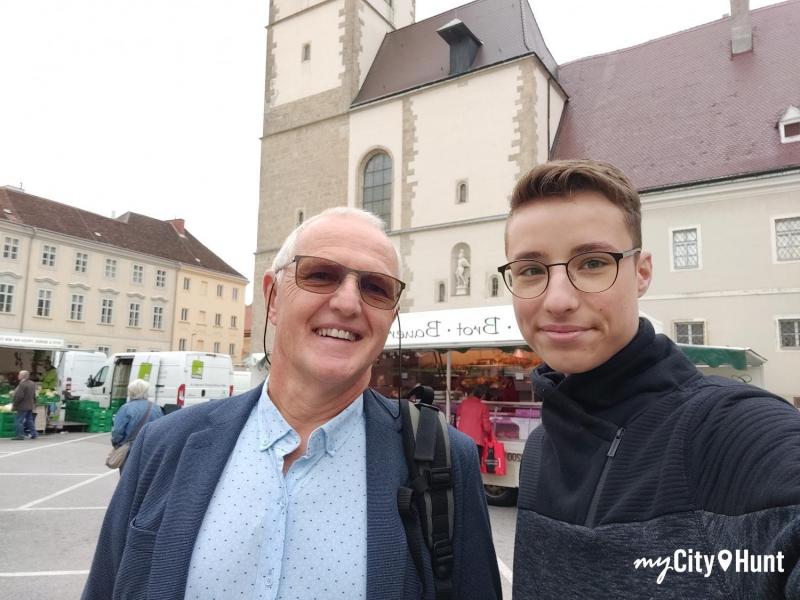 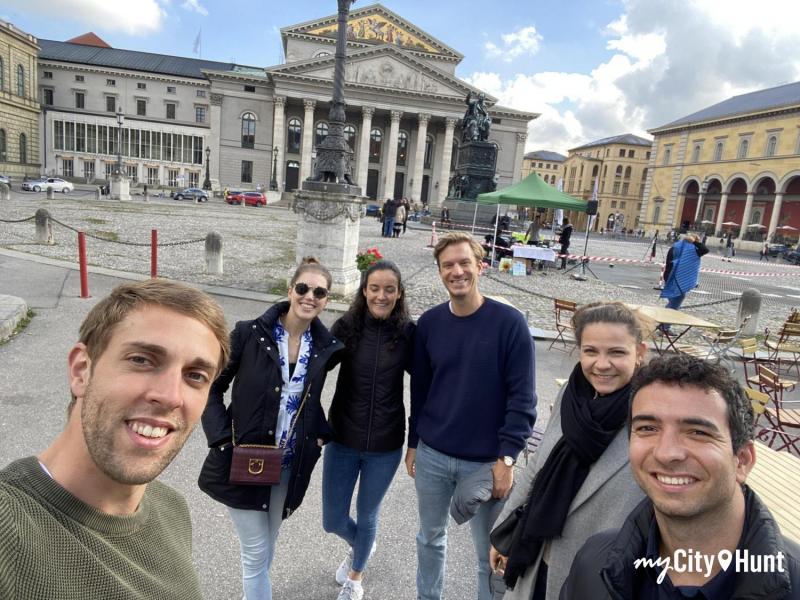 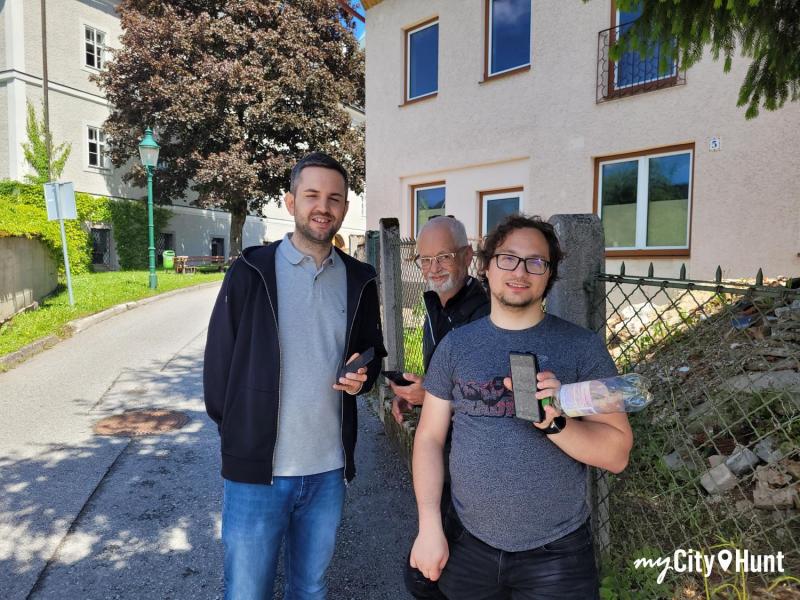 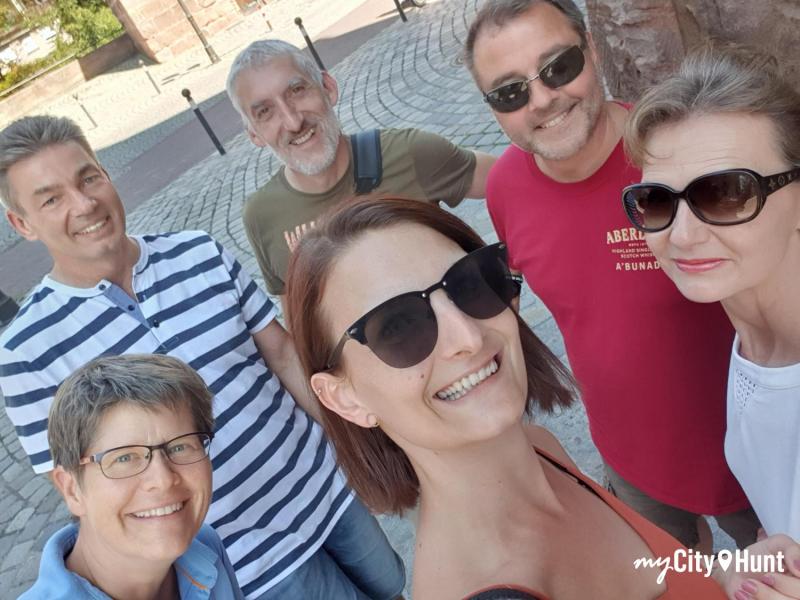 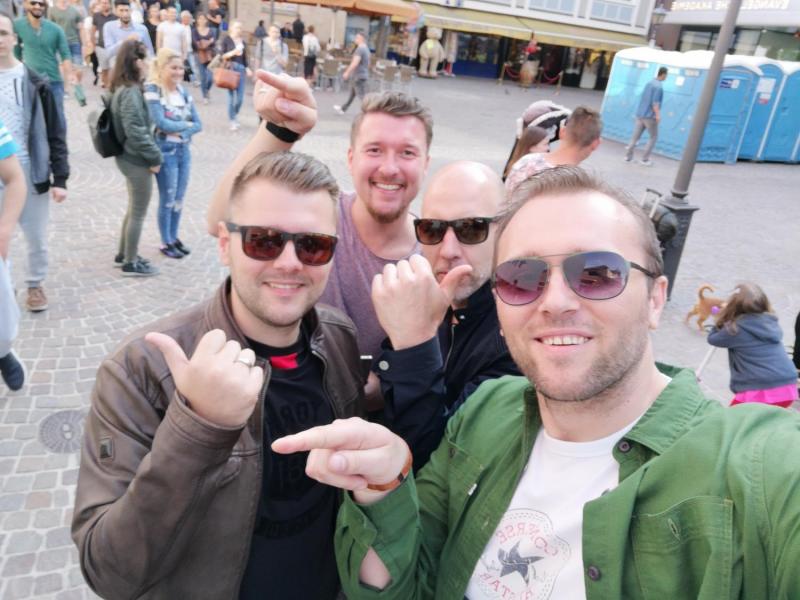 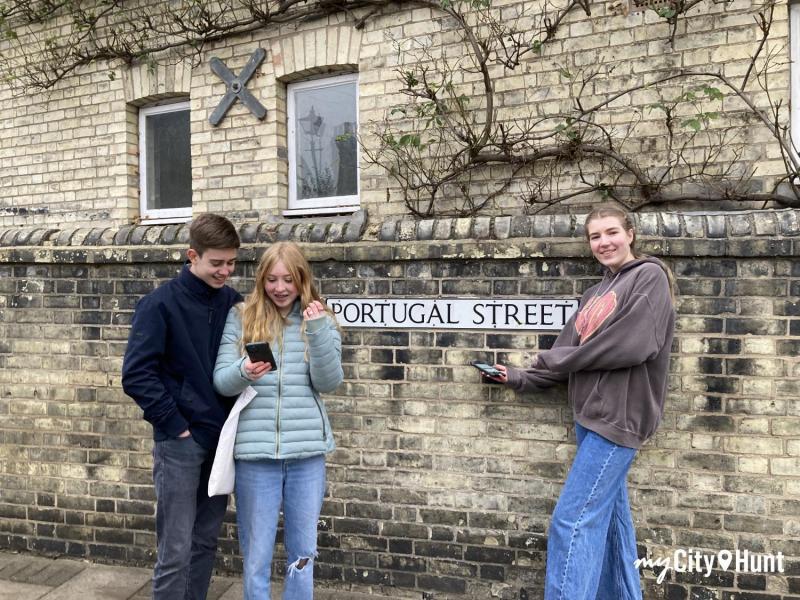 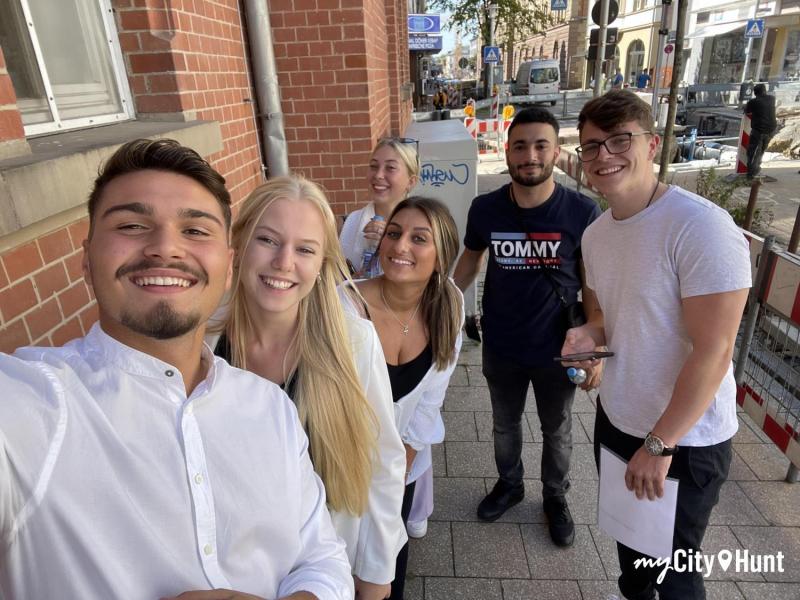 How to start your Scavenger Hunt Newbridge
1. Book
In our Ticket Shop you can book tickets for groups from 2 to 33 participants. These are valid for 6 months.
2. Redeem
By entering your ticket code you can start your Newbridge Scavenger Hunt on your desired date via our Web App.
3. Discover
Together you will go on the hunt for tricky puzzles, shoot photos and master team tasks.
4. Win
During the hunt you collect points, which in the end decide your place in the highscores.

Based on long-standing experience, we know the special requirements that arise when planning a team event in Newbridge. With the myCityHunt Teamevent in Newbridge we have therefore developed a package especially for corporate clients. This extends our well-proven tours with a number of advantages that make our scavenger hunts the perfect teambuilding event in Newbridge.

🗺️ Is there an Escape Room in Newbridge?

Newbridge now has an exit game in the city center!

The myCityHunt outdoor Escape Game in Newbridge takes place in the fresh air. It combines a smartphone-based scavenger hunt with a thrilling secret agent story. The players solve tricky puzzles at different locations in the center of Newbridge. The players' smartphones are used to navigate and solve riddles digitally.

✅ What does an Escape Game in Newbridge cost?

The myCityHunt Escape Game in Newbridge costs 12.99 € per person. In contrast to the price models of other providers, myCityHunt is charged per person. For example, the total price for an Escape Game for two people is only 25.98 €, for five persons 64.95 € and so on.

The myCityHunt Escape Game in Newbridge can be played at any time! If you have a ticket, you can play on any day and at any time within the validity period of 6 months! Tickets can be booked at the online ticket shop at https://www.mycityhunt.ie/tickets.