Ireland’s first ever City of Culture, Limerick, is a vibrant, quirky, richly diverse city. Sitting pretty right beside the banks of the mighty Shannon River, the city was founded in the 9th century by the Vikings. They were overthrown by the Irish natives, who later came under the rule of the Anglo-Normans. In 1205, the order was given to build the famous, King John’s castle, which still stands majestically above the streams of the Shannon River. Our Scavenger Hunt will take you through the ancient yet lively Limerick, allowing you to explore it interactively , by solving our challenging quests and riddles!

Unlike guided city tours or Free Walking Tours, our scavenger hunt in Limerick is played on a smartphone. It navigates you to the most exciting sites of the city and confronts you with tricky puzzles.

Being the Republic of Ireland’s third most populous city, Limerick offers superb cultural entertainment. There are over a 100 festivals per year in Limerick, ranging from tattoo conventions, to science fairs to swimming festivals and more. More traditionally, the museums also have much to offer. The Frank McCourt Museum tells the story of the Pulitzer-winning author of the same name, and the Hunt Museum contains many great pieces of art, including paintings by Picasso and Leonardo da Vinci.

The myCityHunt Scavenger Hunt introduces you to cultural treasures such as these and more, by letting you puzzle them out, making for a worthwhile, instructive and fun rally!

As in all of Ireland, Rugby is a huge topic of discussion in Limerick. There are a lot of stories about the local rugby club, which most of the locals will be happy to regale you with in one of the numerous pubs. As long as you can string together coherent opinions about politics, culture or sports, you will be warmly welcomed in any pub, and treated almost as a local. The perfect environment for a rewarding pint, but only after you finish the Scavenger Hunt. Because if you want to break our Highscore, you will have to be at the top of your game! 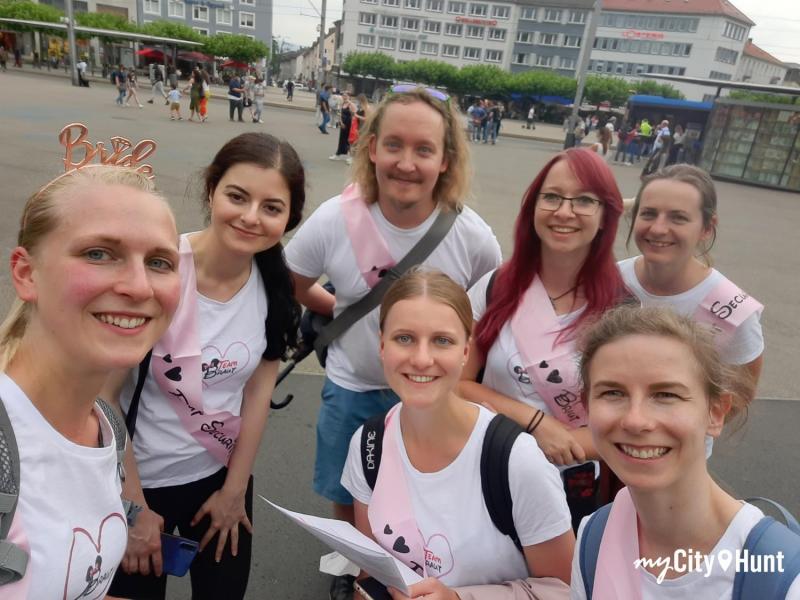 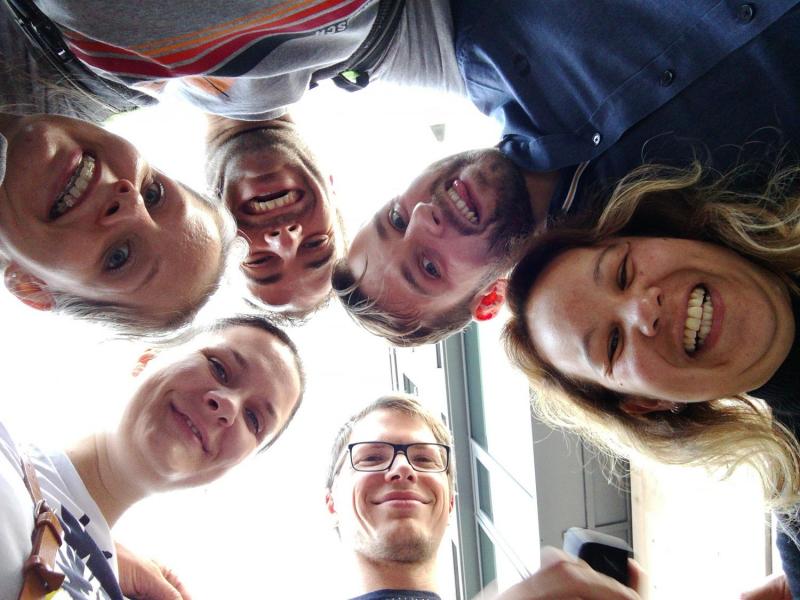 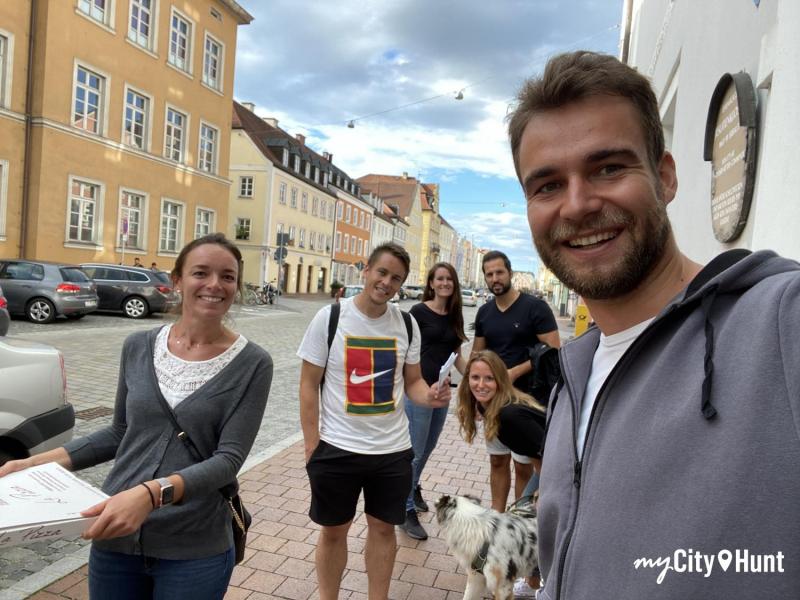 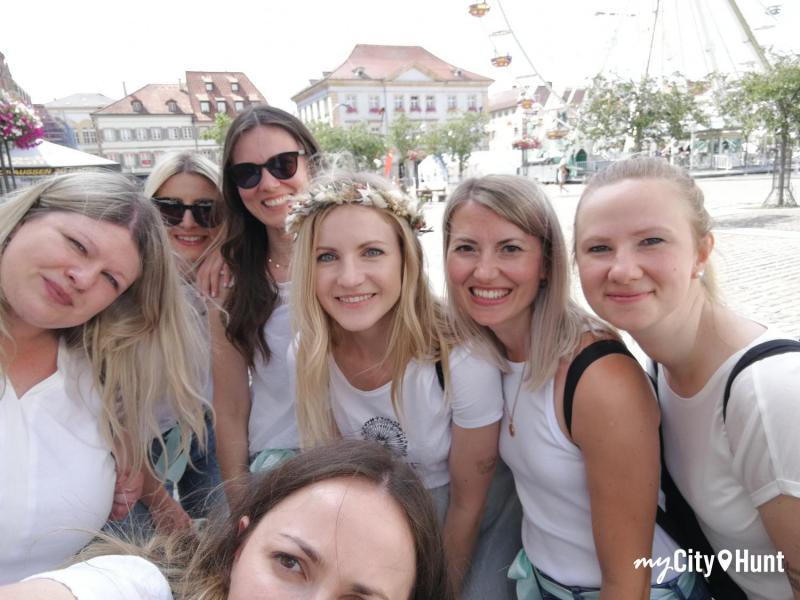 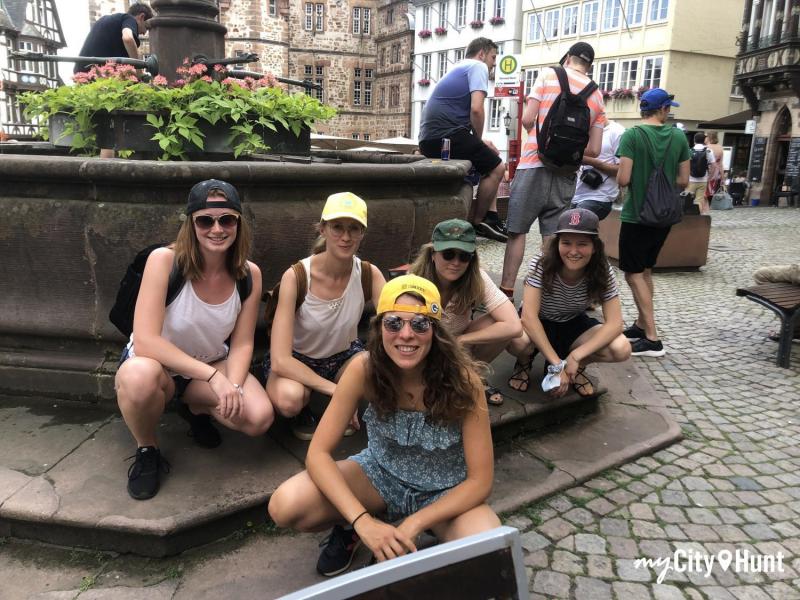 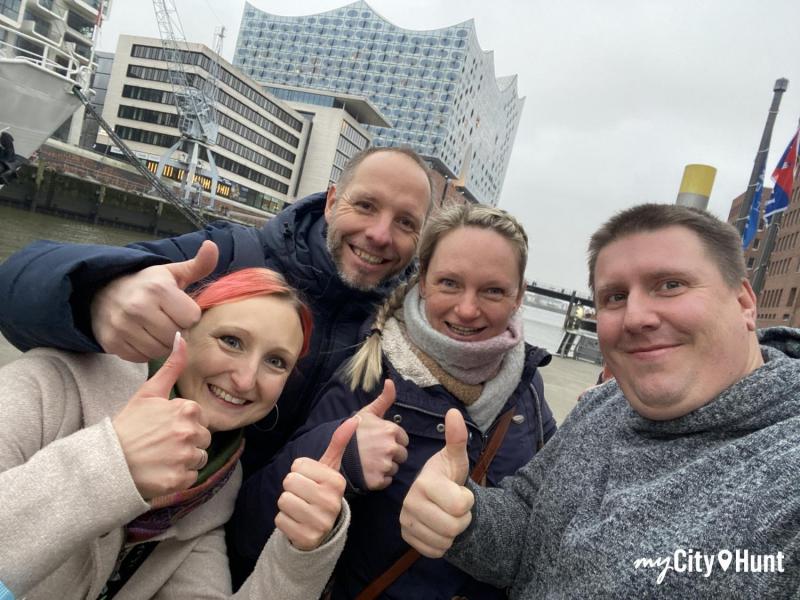 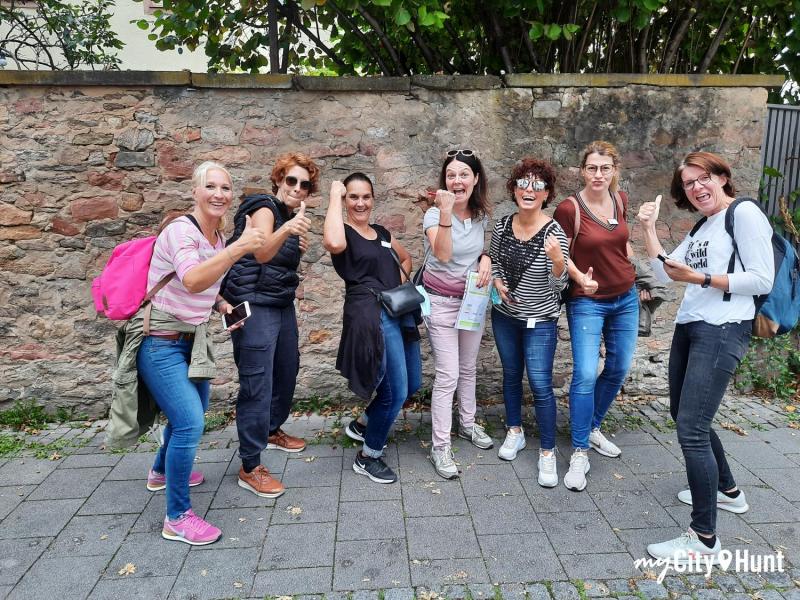 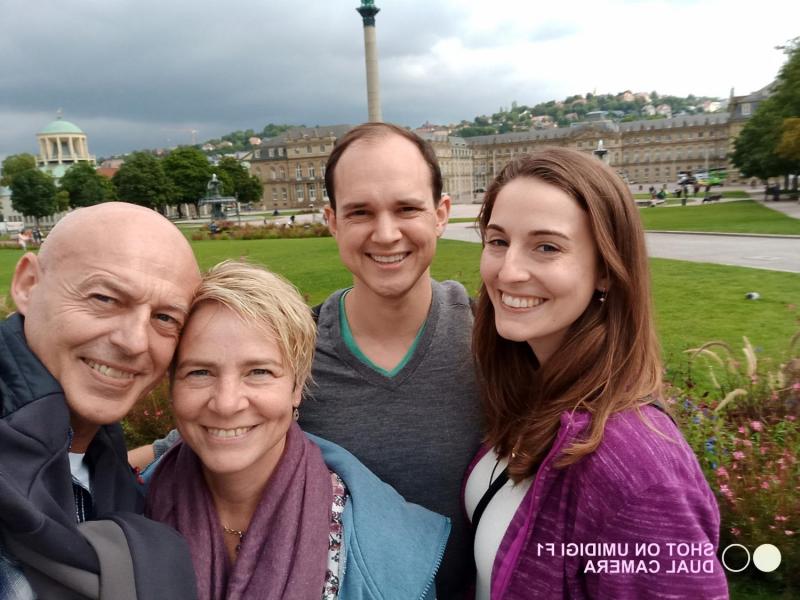 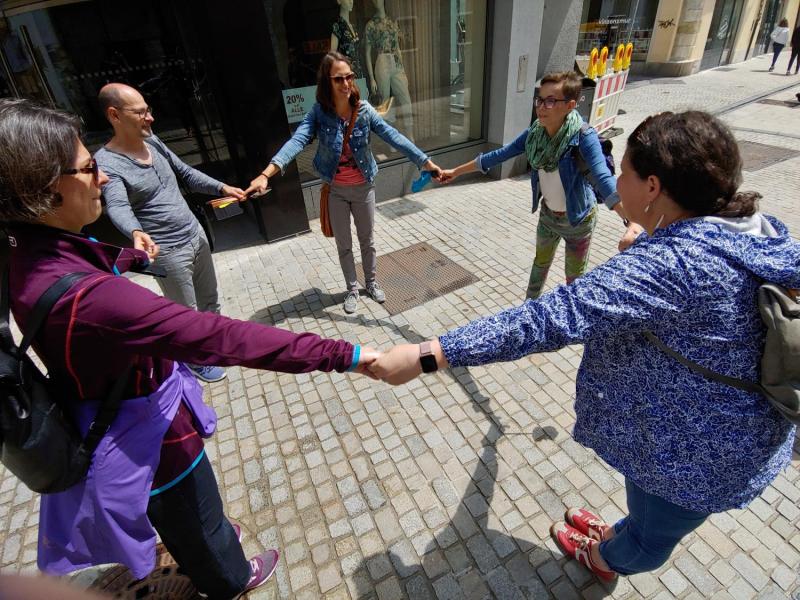 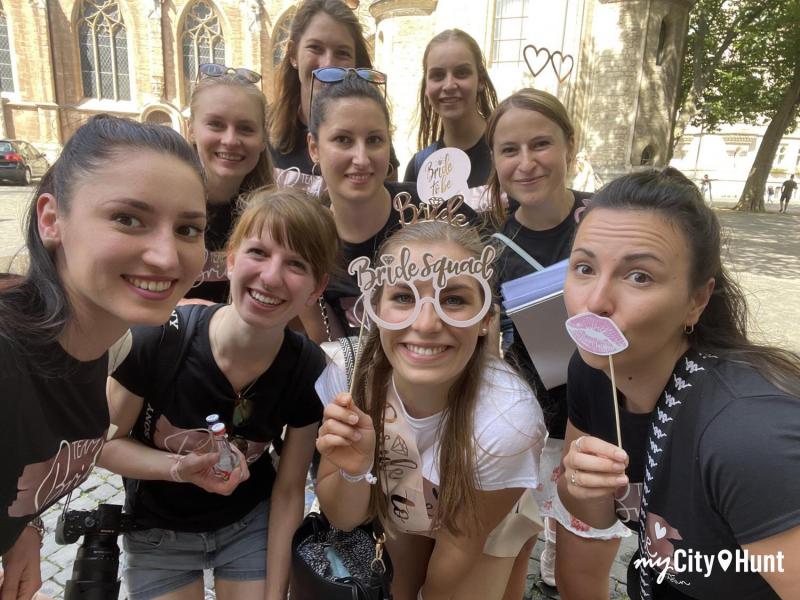 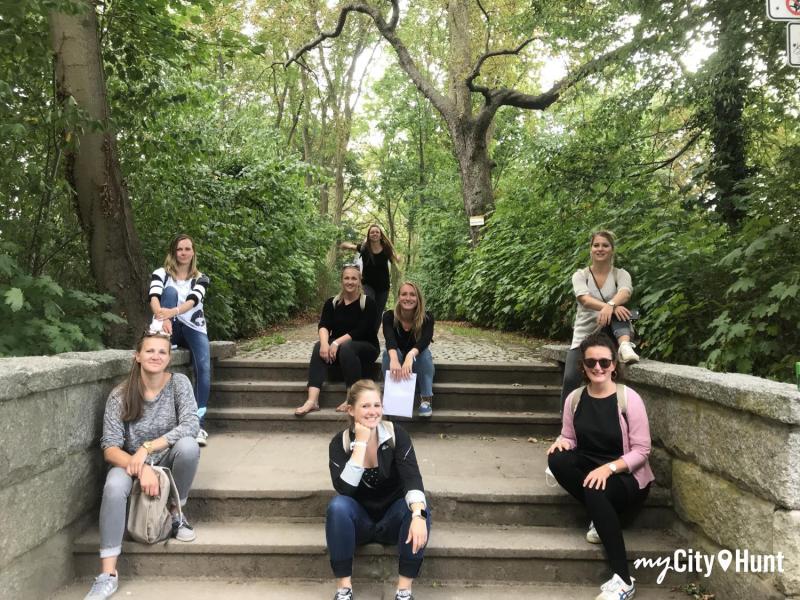 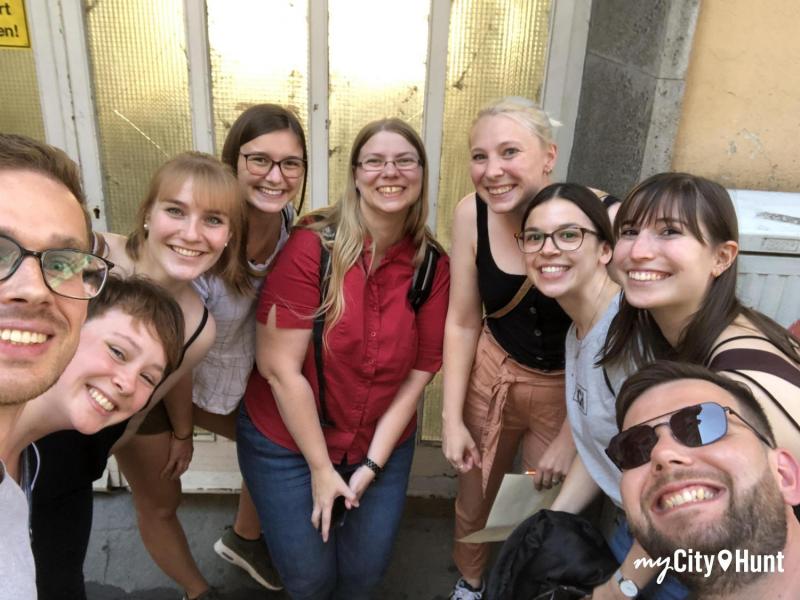 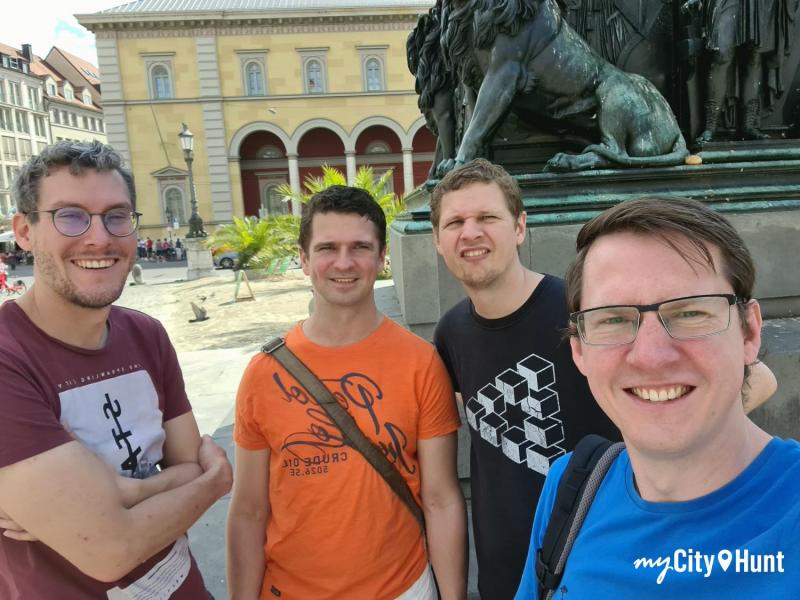 How to start your Scavenger Hunt Limerick
1. Book
In our Ticket Shop you can book tickets for groups from 2 to 33 participants. These are valid for 6 months.
2. Redeem
By entering your ticket code you can start your Limerick Scavenger Hunt on your desired date via our Web App.
3. Discover
Together you will go on the hunt for tricky puzzles, shoot photos and master team tasks.
4. Win
During the hunt you collect points, which in the end decide your place in the highscores.

Based on long-standing experience, we know the special requirements that arise when planning a team event in Limerick. With the myCityHunt Teamevent in Limerick we have therefore developed a package especially for corporate clients. This extends our well-proven tours with a number of advantages that make our scavenger hunts the perfect teambuilding event in Limerick.

Discover Limerick with the digital Scavenger Hunt from myCityHunt! Solve puzzles, master team tasks and explore Limerick with your team!

A myCityHunt scavenger hunt in Limerick takes you to the most beautiful places in the city and introduces you to Limerick with its 57.000 inhabitants in an entertaining way together with its historical, cultural and architectural highlights. At the different locations of the scavenger hunt you will solve tricky riddles. Determine the correct answer in order to collect points! In the course of the city rally you puzzle your way through Limerick. On the way we will send you entertaining special tasks such as photo or action challenges via SMS, which require creativity and teamwork. Your city tour through Limerick will delight everyone involved!

🔒 How does the scavenger hunt in Limerick work?

With myCityHunt, Limerick becomes your playing field! All you need is a ticket code, and an internet-enabled mobile phone.

On the desired date, you will gather your team in the city center of Limerick. Then the scavenger hunt starts: Your mobile phone guides you and your team to numerous places worth seeing in Limerick. Once there, you answer tricky questions and solve riddles. You gain points by correctly solving these tasks.

More information about the course of our scavenger hunt in Limerick can be found here: https://www.mycityhunt.ie/how-it-works.

✅ What does a scavenger hunt in Limerick cost?

The price for a myCityHunt scavenger hunt in Limerick is 12.99 € per person. In contrast to the price models of other providers, myCityHunt is charged per person. For example, the total price for two people is only 25.98 €, for five persons 64.95 € and so on.