TICKETS
BOOK HERE!
per Person only
€ 12,99
Tickets
Tickets
myCityHunt - The Treasure Hunt for your Smartphone

Brussels is often associated with the headquarters of the European Union and other international organizations such as NATO. Yet the Belgian capital has much more to offer! Brussels has a very versatile character and so a scavenger hunt in Brussels is the ideal way to explore it! From historical sights to contemporary art and culinary delights, Brussels is hard to beat in terms of variety and diversity!

The Grote Markt is the central square in Brussels’ city center. The UNESCO World Heritage Site, consisting of the Grand Palace and the City Hall, offers a fascinating backdrop that unfolds its true splendor to full effect in the evening when illuminated. On a hill not far away, the towers of the National Church of the Kingdom of Belgium, the Cathedral of St. Michael and St. Gudula rise above the city.

The myCityHunt scavenger hunt in Brussels will take you along historical sights of the city and show you its different faces. Some parks, such as the Parc du Cinquantenaire or the Parc de Bruxelles, invite visitors to take a breather from the general hustle and bustle of the political and economic metropolis. The centrally located Kunstberg (Mont des Arts) is particularly impressive, with a beautiful park and one of the best views of the city.

Nowadays it is not only the Royal Museum of Fine Arts that enjoys great popularity: the Chocolate Museum or the MIMA of visual arts fascinate visitors with contemporary and exceptional artworks. Yet there is really no need to visit a museum to discover the artistic side of Brussels. Brussels’ Comic Book Route is also exciting. Experience it after your Brussels scavenger hunt and learn more about both the creative and modern aspects of Brussels.

Enjoy Brussels’ wealth of variety and diversity, but don’t lose sight of your destination! During the myCityHunt scavenger hunt in Brussels, you will be competing for the local high score. You will only be successful if you show ingenuity, creativity, and teamwork! The numerous tasks of the Brussels City Tour will always challenge your team and show Brussels in an extraordinary way. You will also hear some anecdotes that may surprise even the locals. Did you know, for example, that the famous Brussels Manneken Pis now has a female antagonist called Jaenneke Pis?

Let the scavenger hunt in Brussels cast the the Belgium capital’s spell on you! Whether you are a tourist or a local, you will get to know this fascinating city like never before! 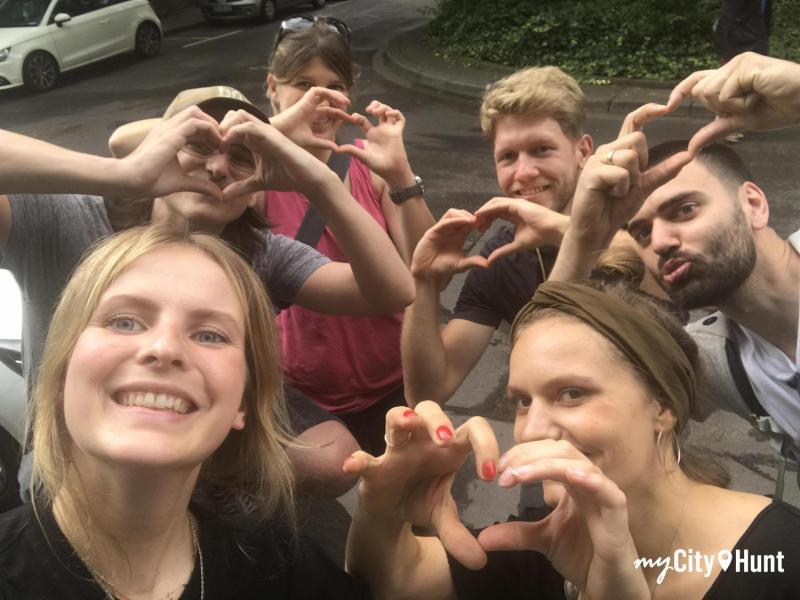 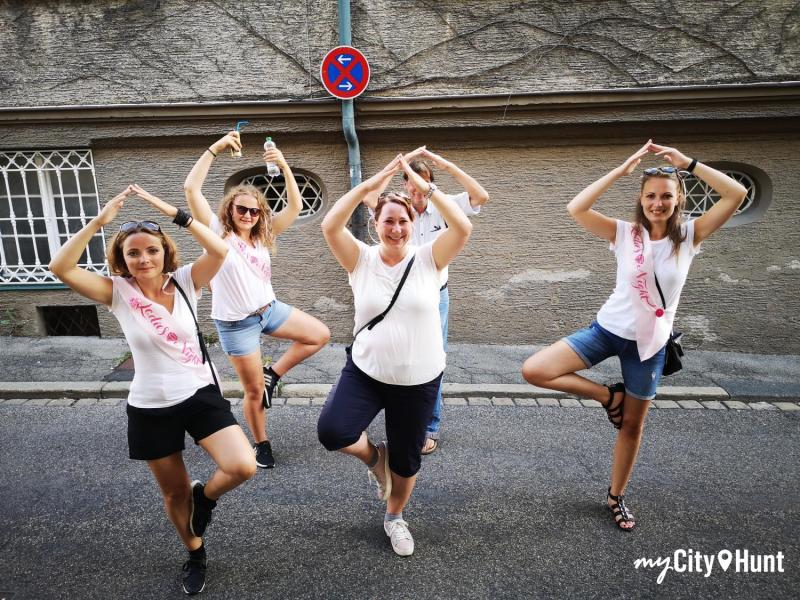 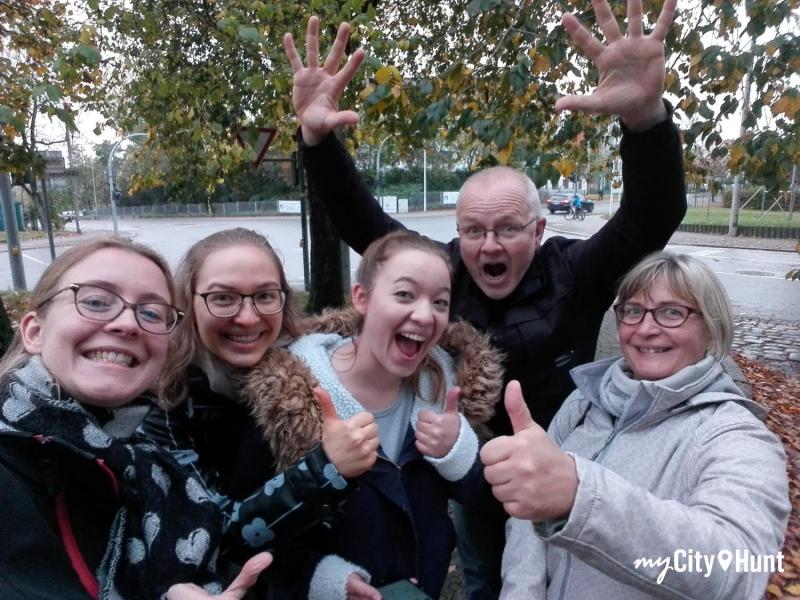 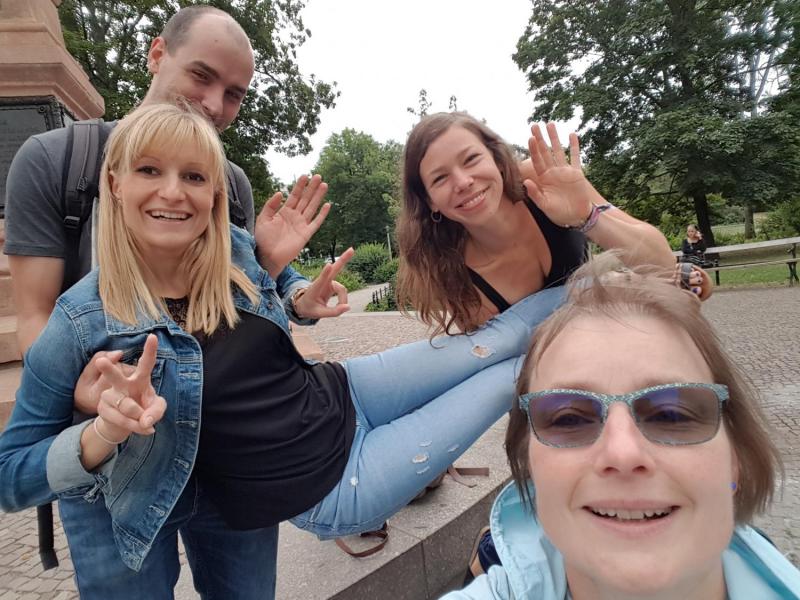 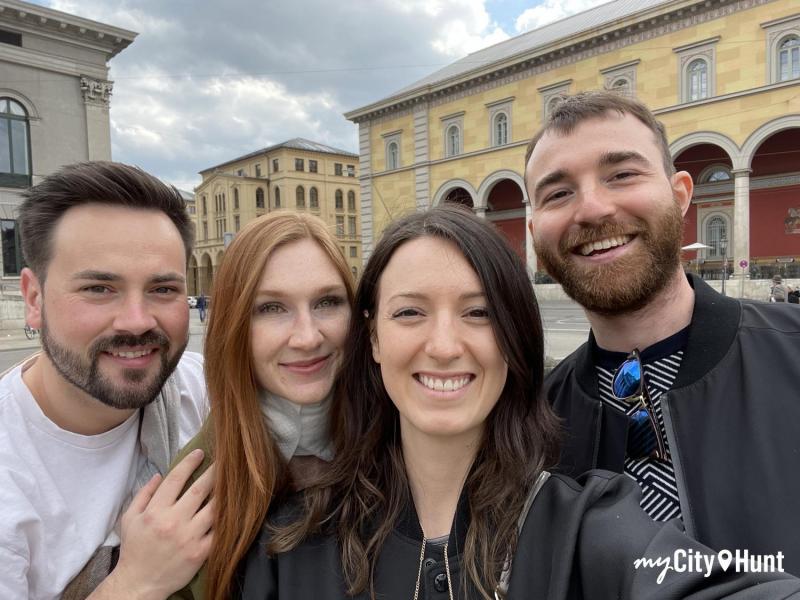 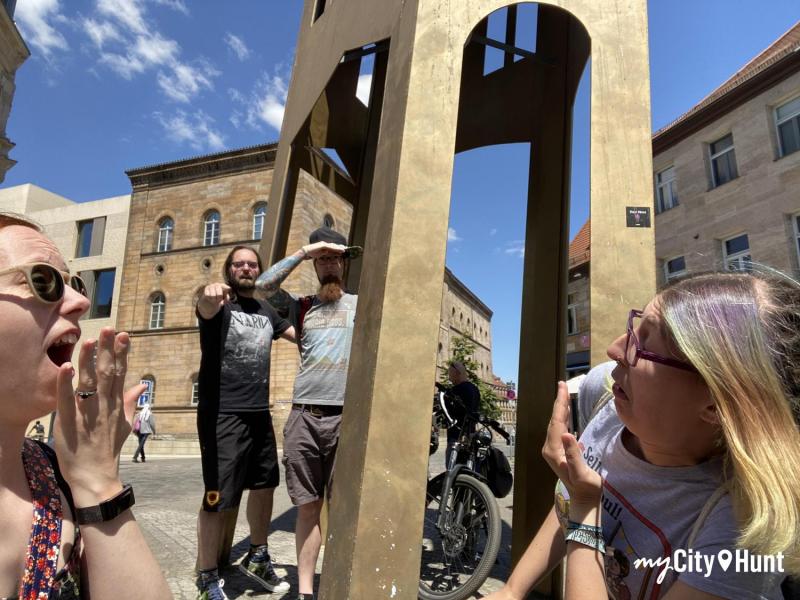 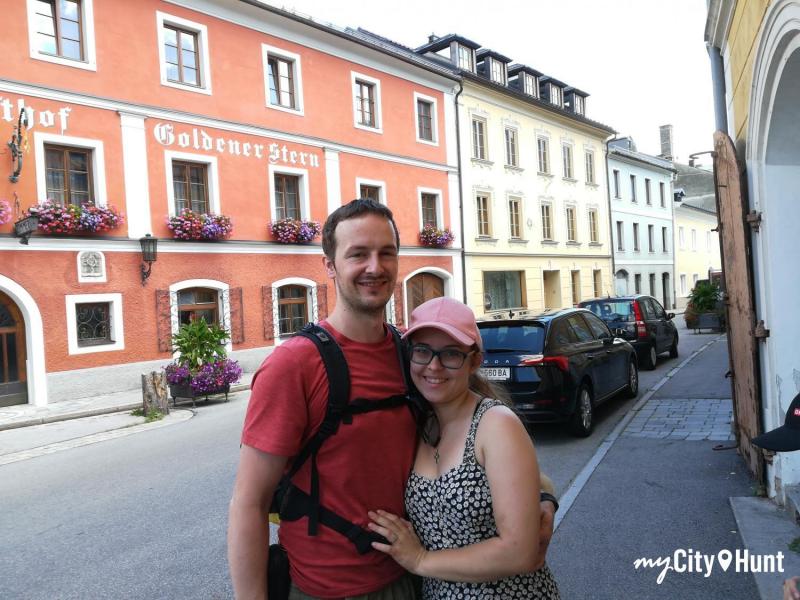 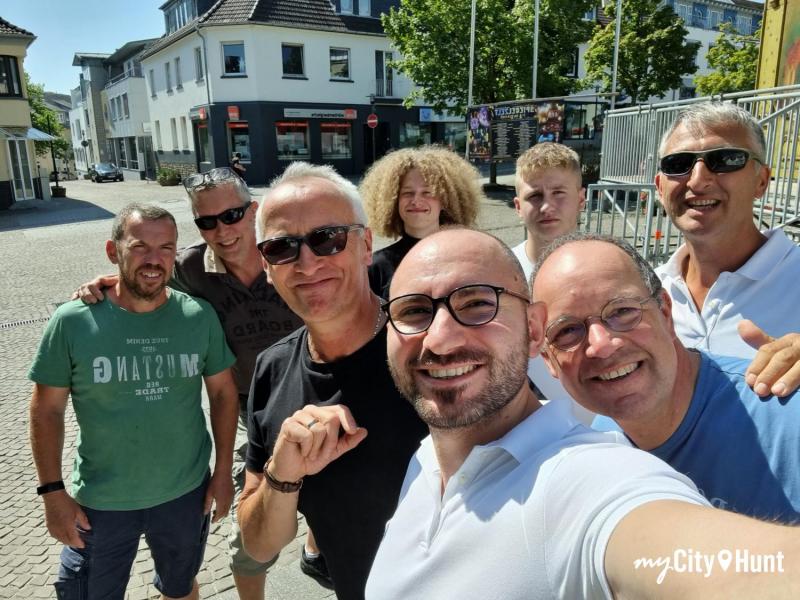 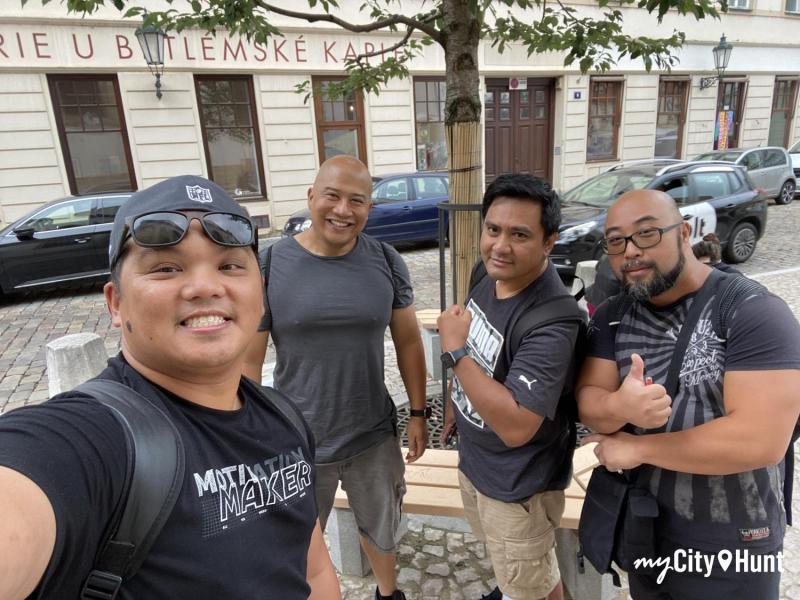 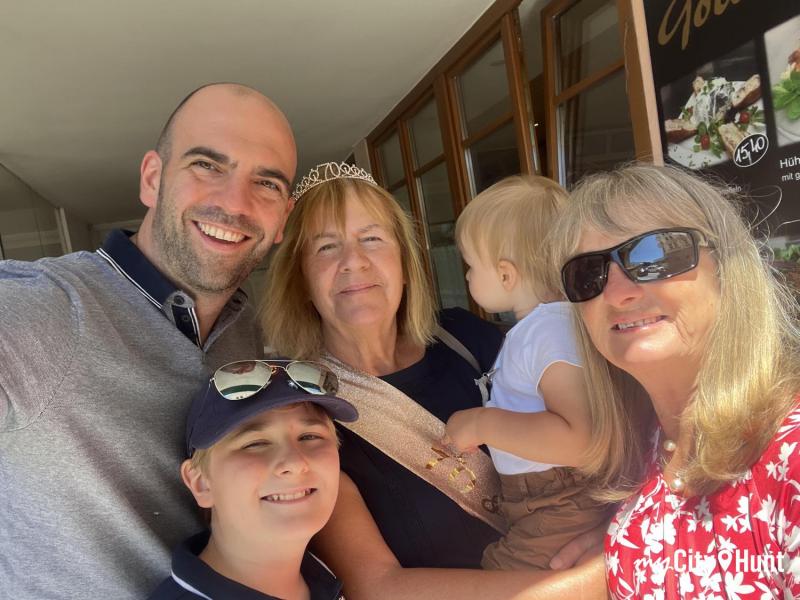 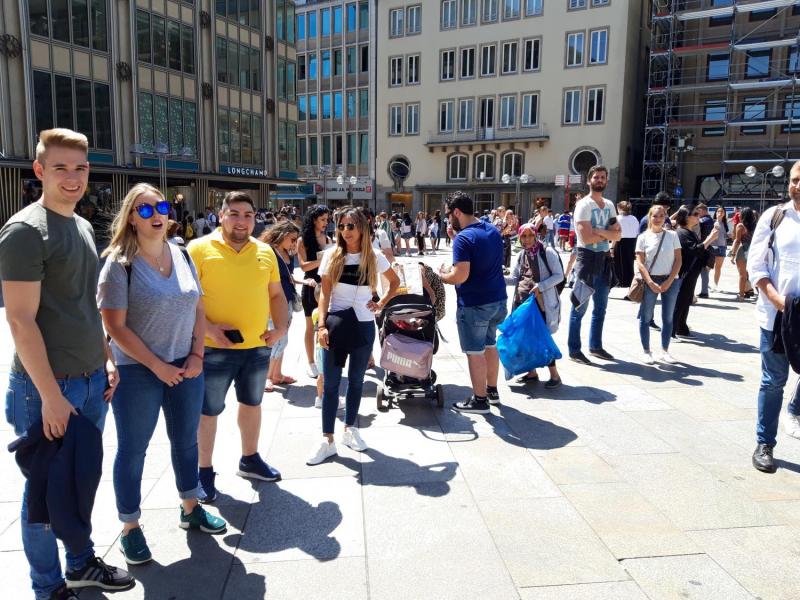 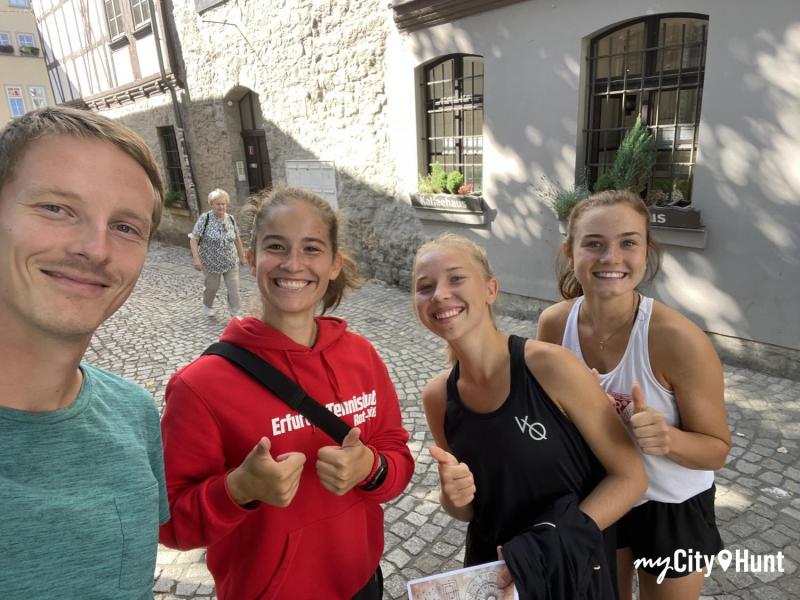 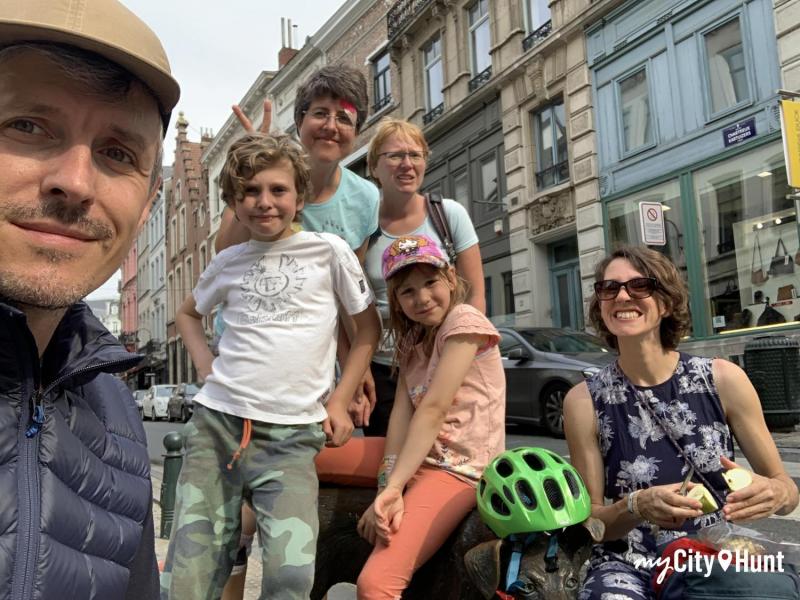 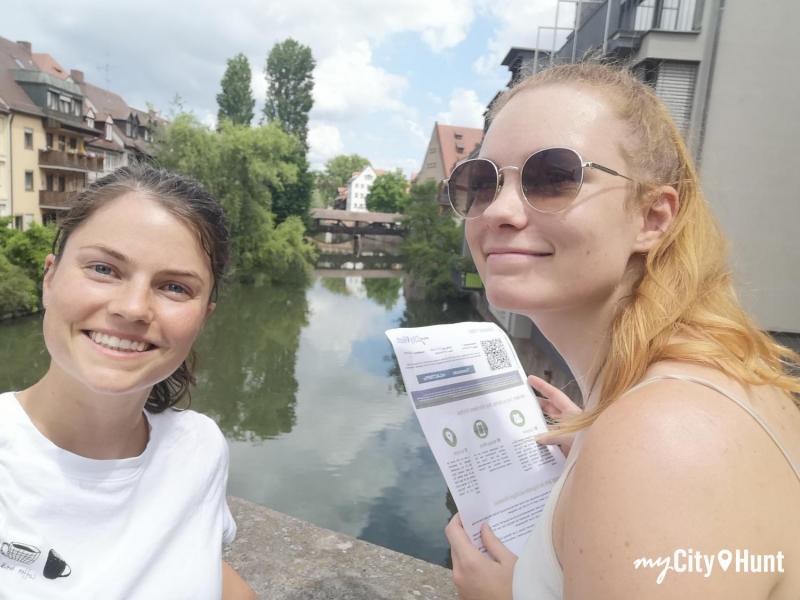 How to start your Scavenger Hunt Brussels
1. Book
In our Ticket Shop you can book tickets for groups from 2 to 33 participants. These are valid for 6 months.
2. Redeem
By entering your ticket code you can start your Brussels Scavenger Hunt on your desired date via our Web App.
3. Discover
Together you will go on the hunt for tricky puzzles, shoot photos and master team tasks.
4. Win
During the hunt you collect points, which in the end decide your place in the highscores.

Based on long-standing experience, we know the special requirements that arise when planning a team event in Brussels. With the myCityHunt Teamevent in Brussels we have therefore developed a package especially for corporate clients. This extends our well-proven tours with a number of advantages that make our scavenger hunts the perfect teambuilding event in Brussels.

Discover Brussels with the digital Scavenger Hunt from myCityHunt! Solve puzzles, master team tasks and explore Brussels with your team!

A myCityHunt scavenger hunt in Brussels takes you to the most beautiful places in the city and introduces you to Brussels with its 1.175.000 inhabitants in an entertaining way together with its historical, cultural and architectural highlights. At the different locations of the scavenger hunt you will solve tricky riddles. Determine the correct answer in order to collect points! In the course of the city rally you puzzle your way through Brussels. On the way we will send you entertaining special tasks such as photo or action challenges via SMS, which require creativity and teamwork. Your city tour through Brussels will delight everyone involved!

🔒 How does the scavenger hunt in Brussels work?

With myCityHunt, Brussels becomes your playing field! All you need is a ticket code, and an internet-enabled mobile phone.

On the desired date, you will gather your team in the city center of Brussels. Then the scavenger hunt starts: Your mobile phone guides you and your team to numerous places worth seeing in Brussels. Once there, you answer tricky questions and solve riddles. You gain points by correctly solving these tasks.

More information about the course of our scavenger hunt in Brussels can be found here: https://www.mycityhunt.ie/how-it-works.

✅ What does a scavenger hunt in Brussels cost?

The price for a myCityHunt scavenger hunt in Brussels is 12.99 € per person. In contrast to the price models of other providers, myCityHunt is charged per person. For example, the total price for two people is only 25.98 €, for five persons 64.95 € and so on.